An outstanding challenge for an oustanding country

In Iceland asphalt is not the rule. A lot of secondary roads are unpaved and a few « roads », whose number is preceded by a « F », are highly inadvisable to private cars. However, some of them are unmissable, if one wants to hear the hartbeat of the country. They're remote, potentially dangerous, and a specific logistics is required. A few examples :

The challenge adopts to this characteristic of the Icelandic road network. 40% of the climbs are asphalted, 50% are dirt roads (more or less dirty and gravelled, see the two pictures below), and the 10% left require a mountain bike. We've selected them, due to their high tourist interest.

For the road conditions: http://www.road.is/

A general map with road conditions and useful informations for cyclists: https://cyclingiceland.is/ 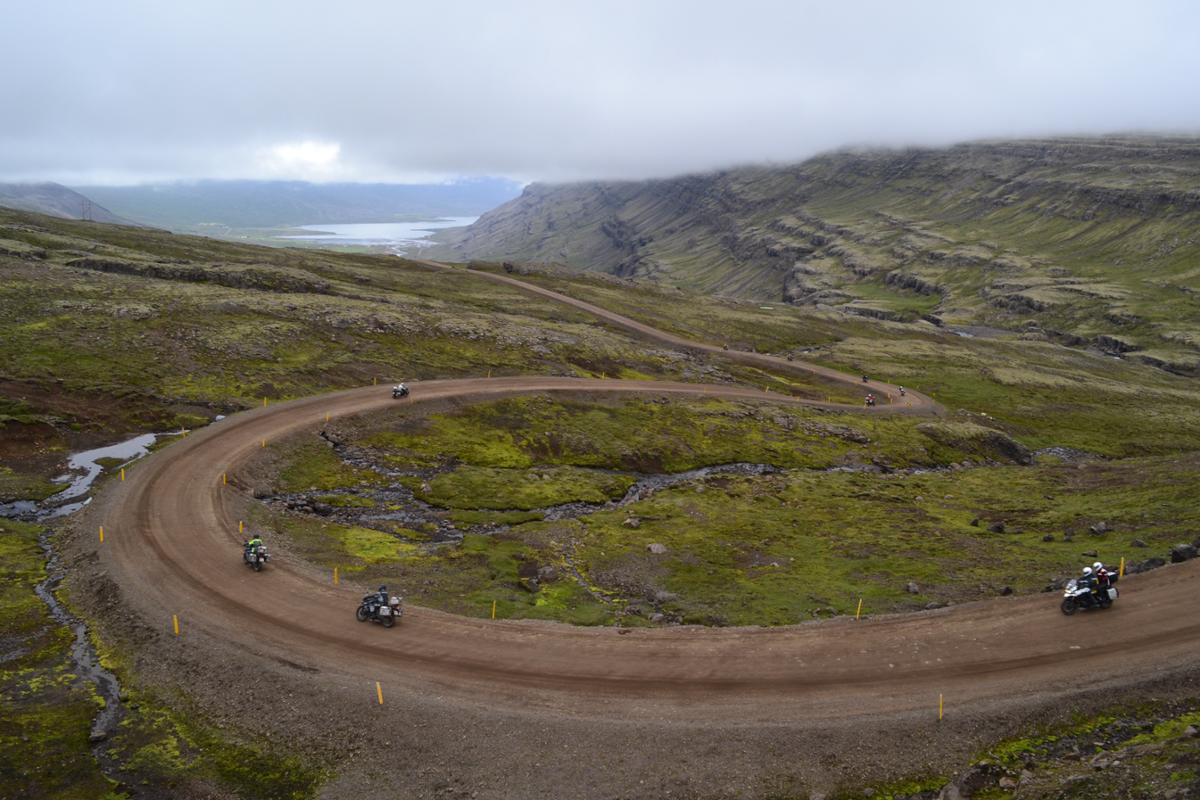 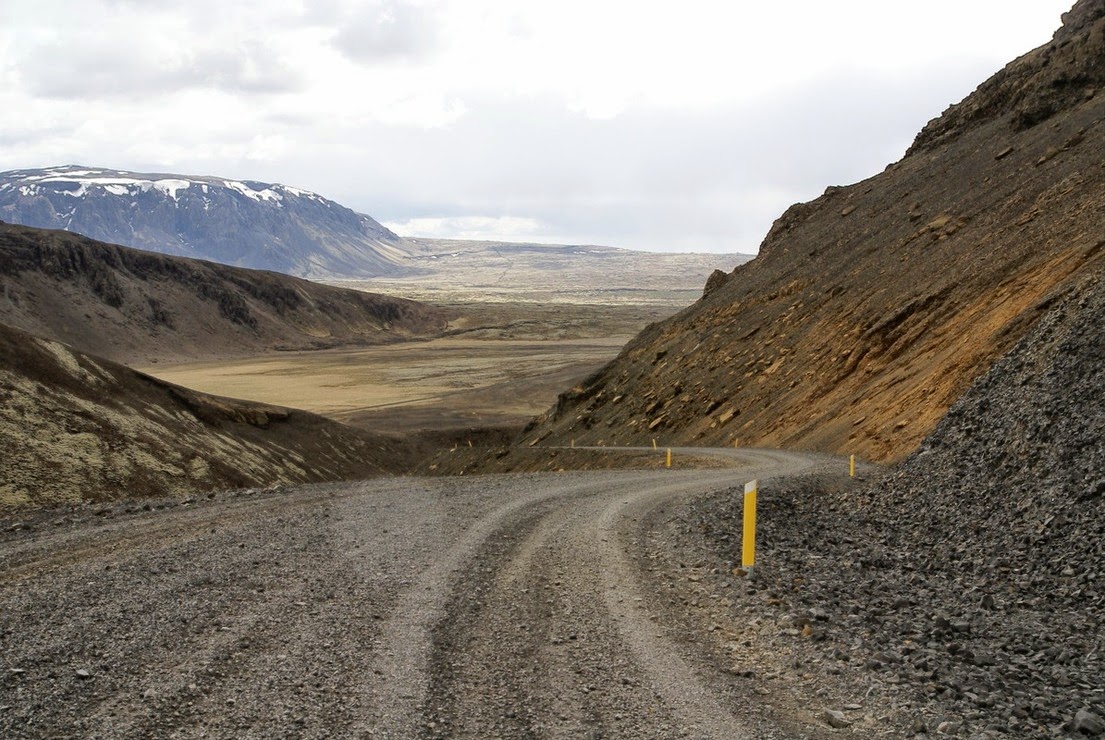 Earth is in motion

Iceland is for sure the most atypical European country. What strikes the foreigner, landing for the first time in Keflavik, is the black colour of the volcanic ground: dark dry lava fields around Grindavík (039-Þorbjarnarfell and 040-Suðurstrandarvegur), black desert in Möðrudalur (089), Dimmuborgir's labyrinth near Námaskarð (077),... 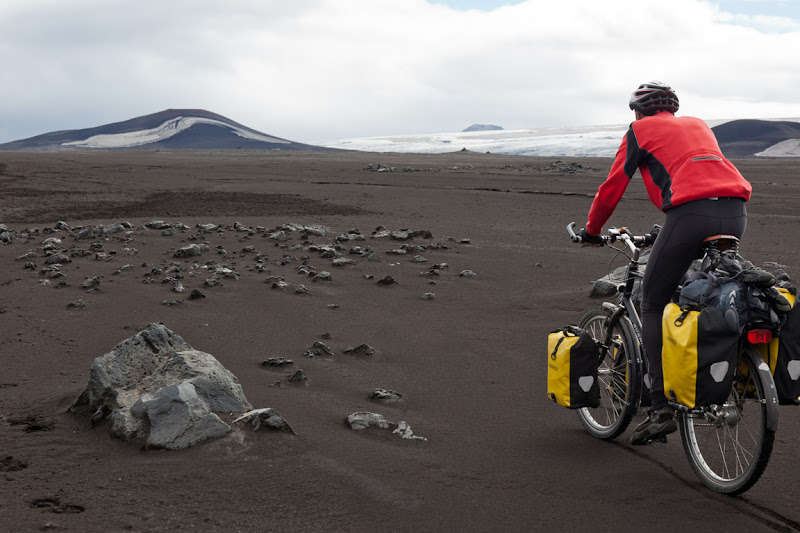 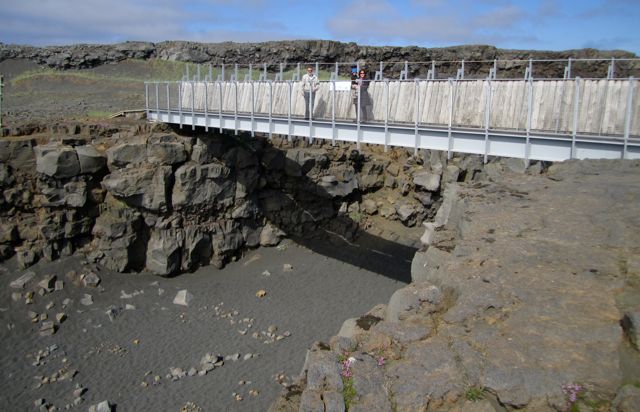 The country lies on two tectonic plates and is cut by a fault, that broadens 2cm a year. It can be seen in Þingvellir National Park (055-Almannagjá) and in Sandvík, where a bridge symbolically makes the link between both European and American continents.

No Iceland without volcanos. They are more than hundred still active. In his science fiction novel Journey to the Center of the Earth (1864), Jules Verne set the beginning of the adventure in the « mouth » of Snæfellsjökull (1448m). The track to 020-Jökulháls (700m) climbs on its hillsides.

« Descend into the crater of Snaeffels Jökull, which the shadow of Scartaris touches before the calends of July, bold traveler, and you will reach the center of the earth. I did it. Arne Saknussemm. » (Chapter 5)

In The Secret Life of Walter Mitty (2013), Ben Stiller's movie, the central figure menaged to escape an eruption of the Eyjafjallajökull. Hamragarðaheiði (065) allows to go up to it. 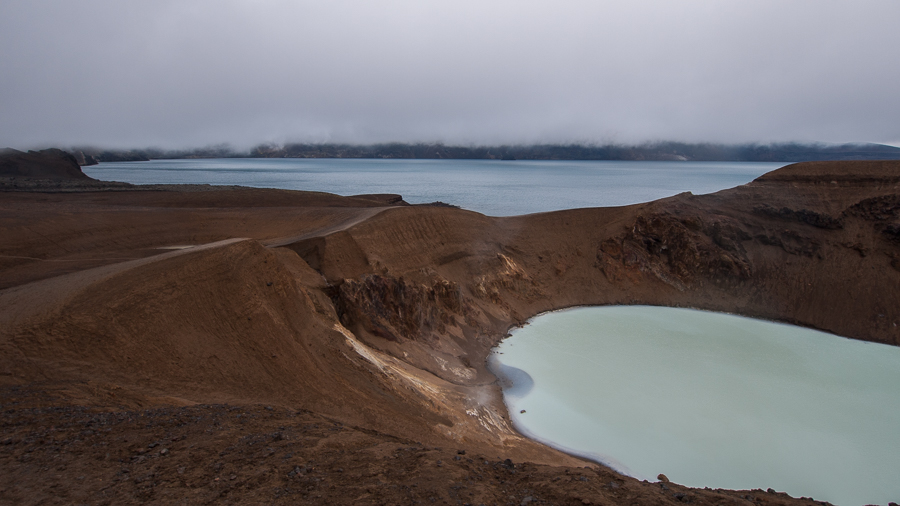 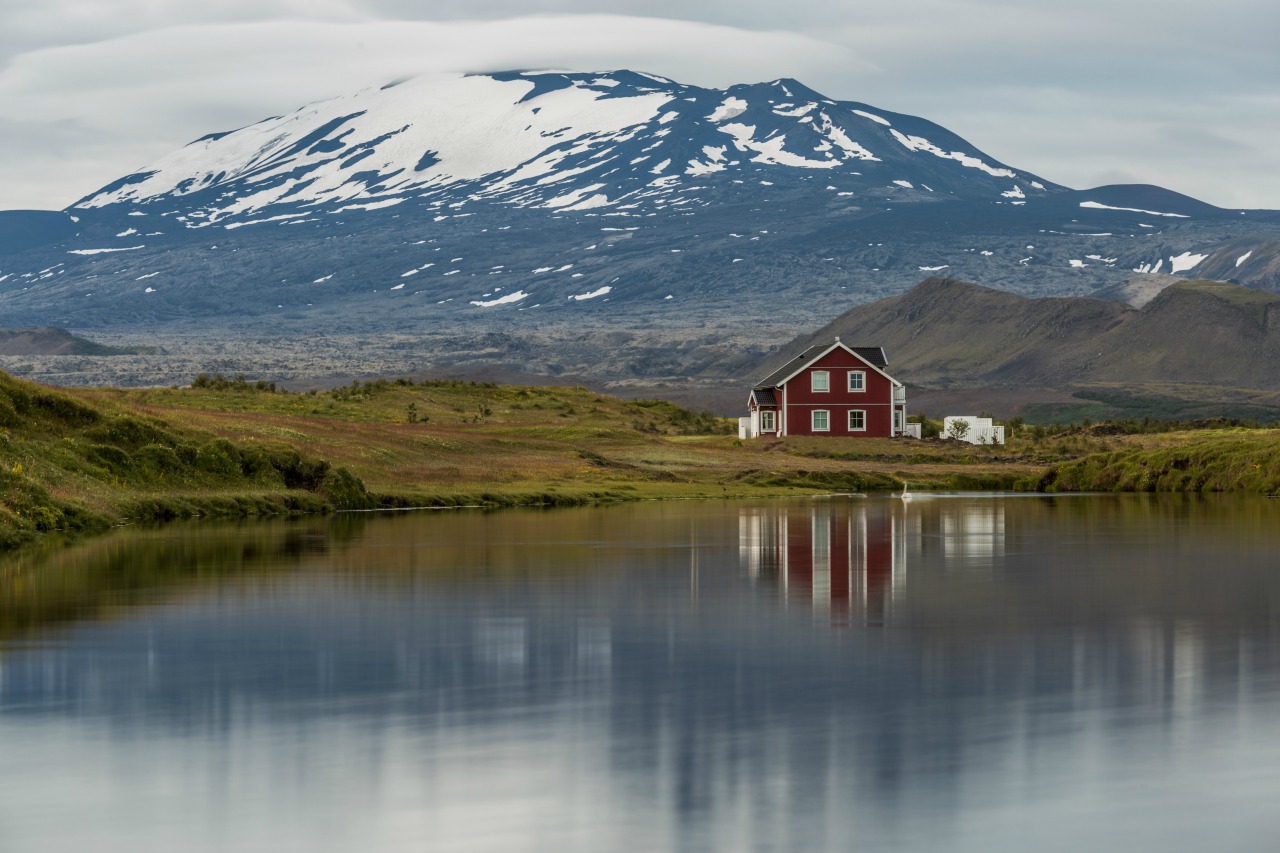 The two most volcanic climbs:

The caldeiras of 084-Askja (and the blue water of the Viti Crater), the only summit above 1000m in the Challenge. It's also the most isolated climb.

Hekla (1491m), one of the most eruptive volcano in Iceland. Landmannalaugar is the tourist center of the plateau (600m). The Challenge reaches it from the south (051-Herðubreiðarháls), south-west (064-Fjallabaksleið Syðri), west (063-Landmannaleið) and north (062-Fjallabaksleið Nyrðri).

Geothermal plants (« virkjun ») provide 70% of the energy generated on the island. The challenge includes three of them: 059-Nesjavallavirkjun, 060-Hellisheiðarvirkjun and Blönduvirkjun at the bottom of 047-Áfangafell (Blöndulón).

Iceland is also a land of water. Fjords, of course. Especially in the north-west (Zone 1), where climbs jump from one fjord to the other, passing by passes (« skarð » in icelandic) and plateaux between 300 and 500m asl (BIG 006-Hrafnseyrarheiði or 012-Klettsháls, for instance). In the east (Zone 3), 095-Oddskarð, the highest, or 094-Mjóafjarðarheiði,... In the north, from 072-Vaðlaheiði wonderful viewpoints of Eyjafjördur and Akureyri. 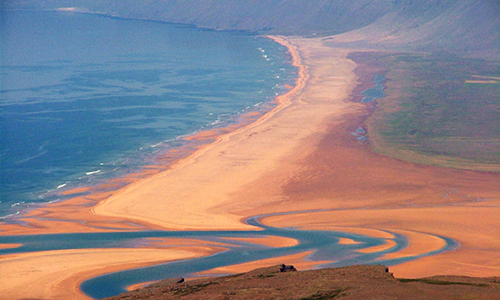 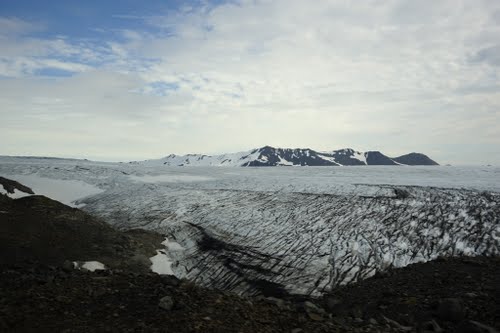 At the most western place, Látrabjarg cliffs house a bird reserve, with a large puffin colony.

Glaciers (« jökull » in icelandic). Vatnajökull is the largest (as large as Corsica). The track to 096-Jöklasel (top at 800m) goes up to it. It houses the Skaftafell National Park. Jökulsarlon is an amazing lake. The lower part of the glacier lies at sealevel and ice blocks follow a small channel as far as the ocean, which throws some of them back to the beach. Some James Bond and Batman scenes were shot there.

A few inland tracks go between the glaciers. The Road 35, for instance, between Langjökull and Hofsjökull. The Challenge passes there thanks to 052-Bláfellsháls and 047-Áfangafell (Blöndulón). Or the Road 550, that crosses 027-Kaldidalur, in the west of Langjökull.

A lot of waterfalls : 079-Dettifoss, 053-Gulfoss and 026-Hraunfossar/Barnafoss. No trip in Iceland without this trilogy. The climbs are easy, but imperative. Near the bottom of Geyser, the real one, unique and eponym. Two others: 011-Dynjandi and Seljalandsfoss near the bottom of 065-Hamragarðaheiði. 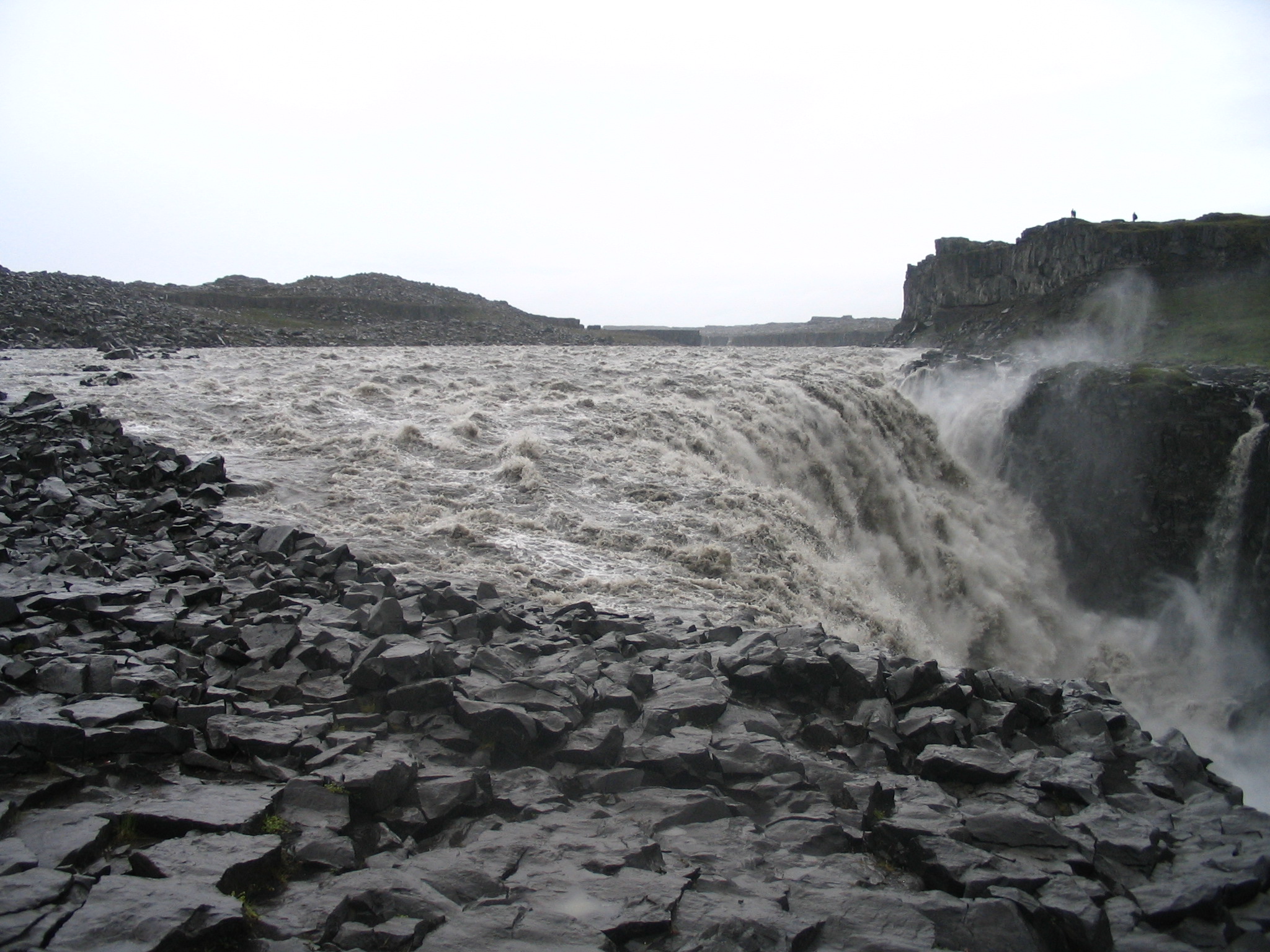 History is not much present. Besides the Tectonic Fault, the Þingvellir National Park also houses the ruins of the first European Parliament (Alþing, that dates back to 930). 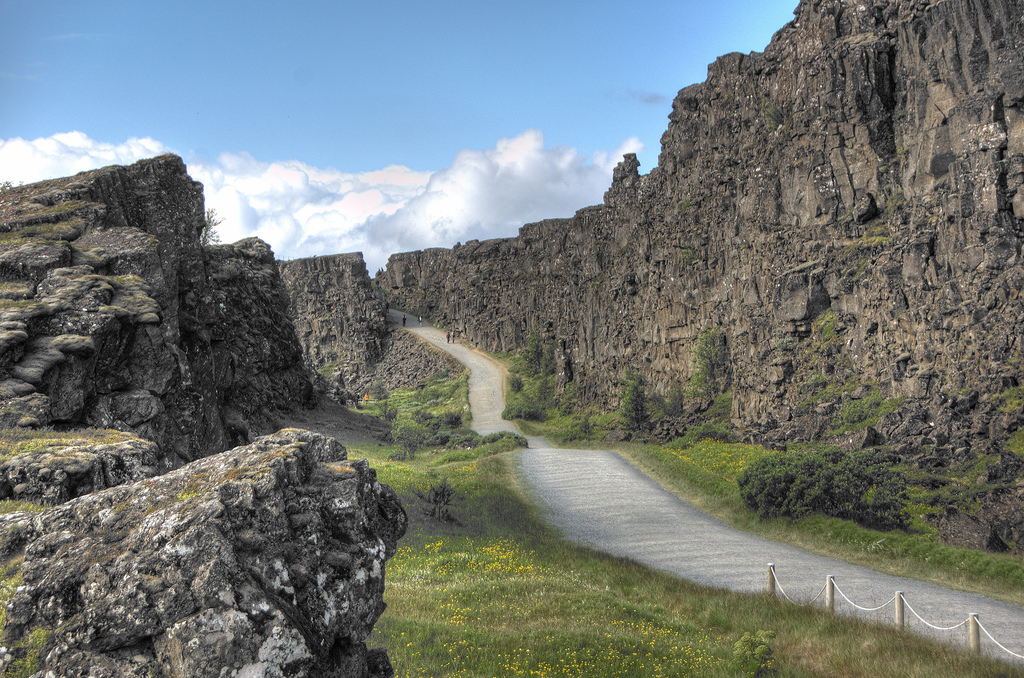 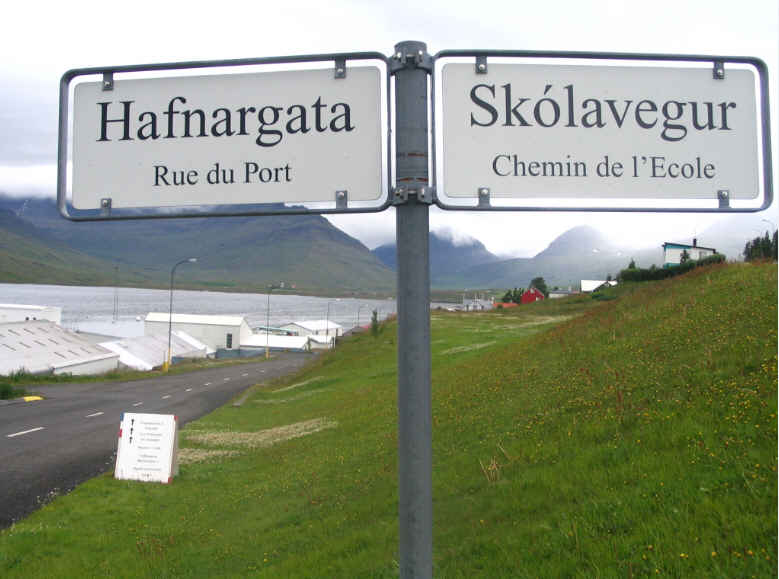 A seashore and mid-mountain challenge 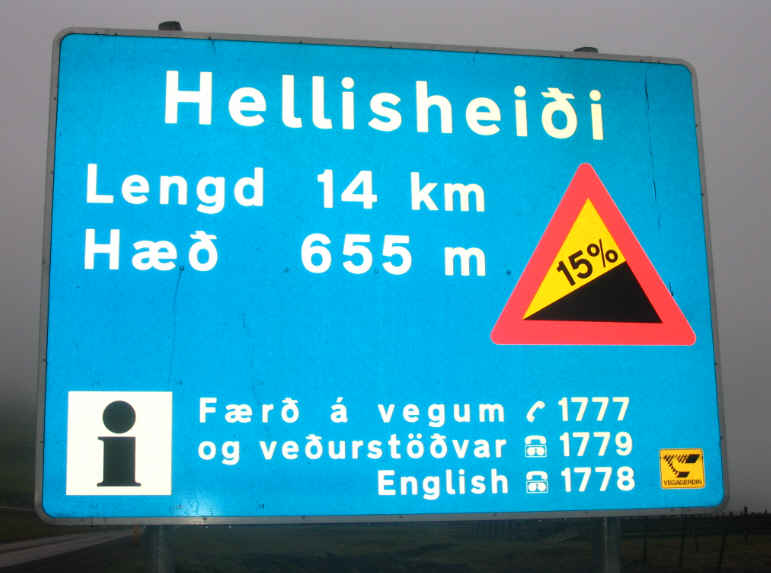 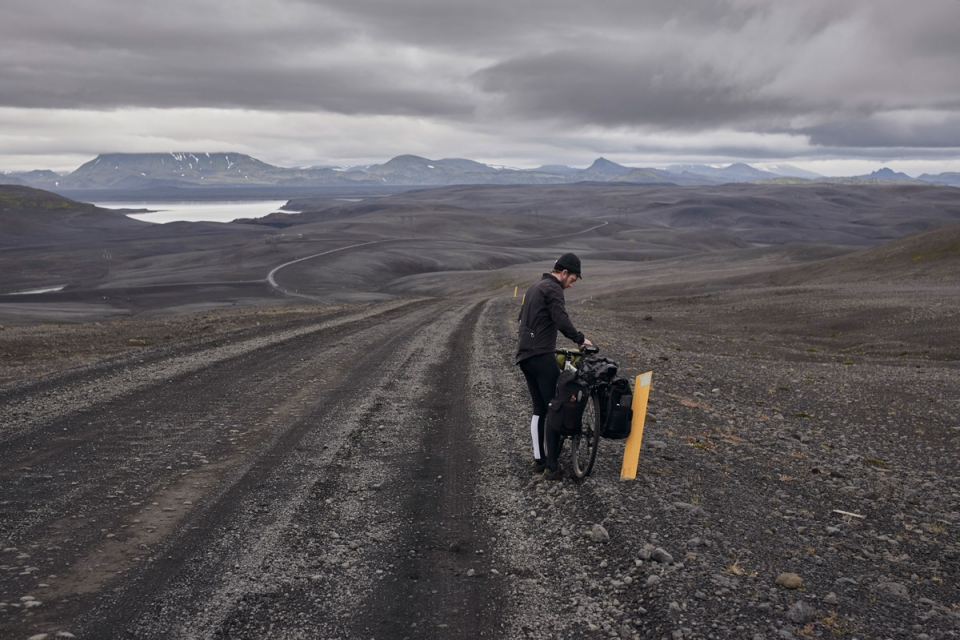 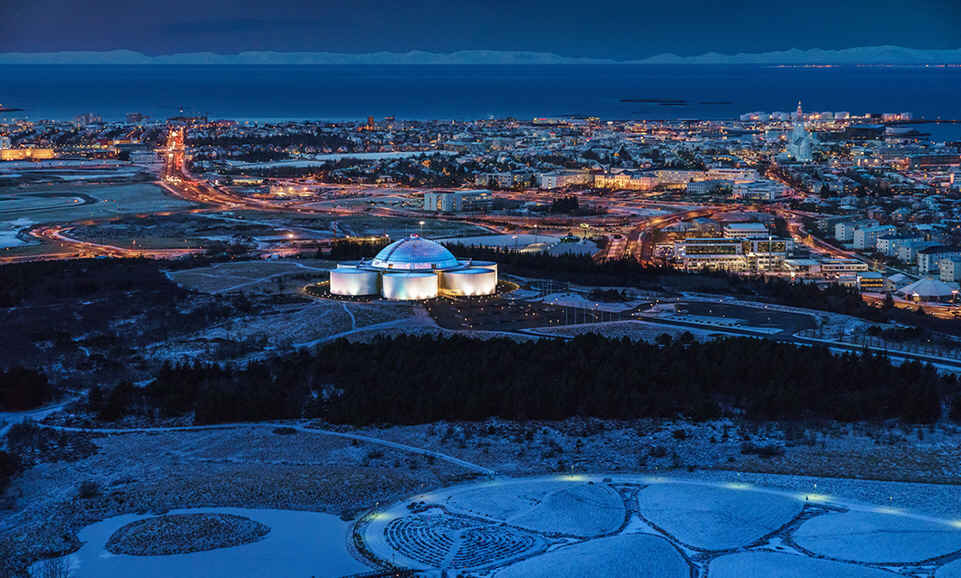 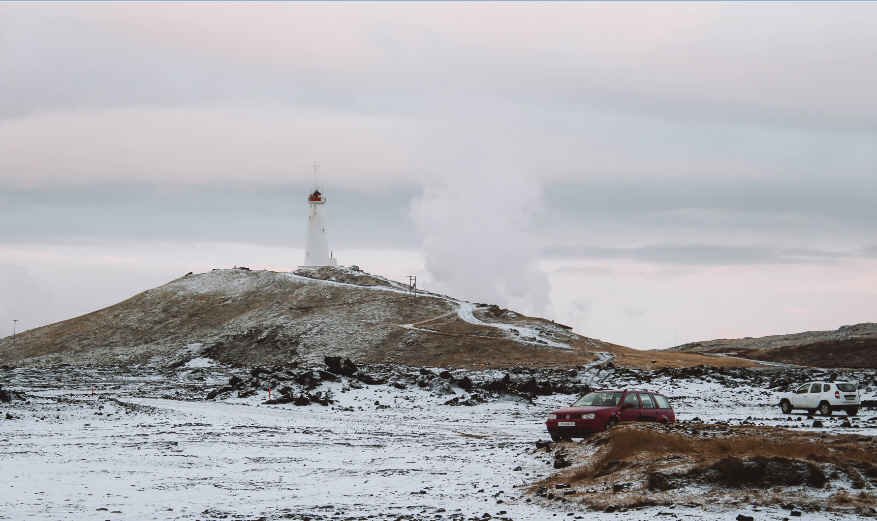 No cycling race known at international level, but a charity event (1300km relay). The route travels around the island on the Road 1, passing by a dozen climbs of the Challenge. More information on :